Karen will often plastic water bottles when & other; Snacks throughout the &; Eat (video capture)

international online features: according to the British “daily mail” reported on February 9th, the United States an 18-year-old girl with a kind of strange to eat plastic addiction, often will plastic water bottles, CD packages, and even TV remote control when & other; Snacks throughout the &; Eat it. In the past 11 years, she has to eat 60000 pieces of plastic products.

this girl named Karen (Kailyn), from Sacramento, California, us. She in the documentary “my strange addiction” admitted that his eat more than 60000 pieces of plastic products in 11 years, she also lists the things they had eaten. She said: & other; I had 12 remote control, more than 5000 beads, 1000 cocktail fork sword, more than 100 fork, 10 bottles, two pacifiers, three CD package, 50 headphones, 25 takeaway cups, plastic cover, etc. Throughout the &; 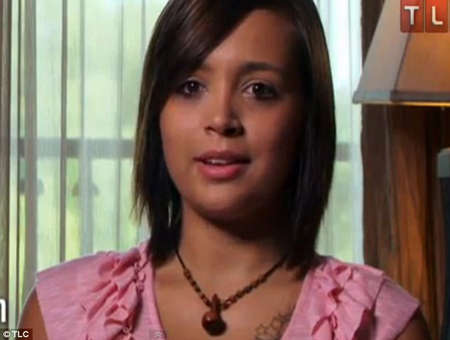 when asked why so like plastic, Karen says she is not like the taste of plastic, but like the simple sense of plastic, love to chew when plastic’s voice. TV remote control, she says, the texture is her favourite, but she is the most often eat plastic cocktail fork sword, it can be found in her work in the restaurant. But she admitted that this habit is hurting her health. (Yang)